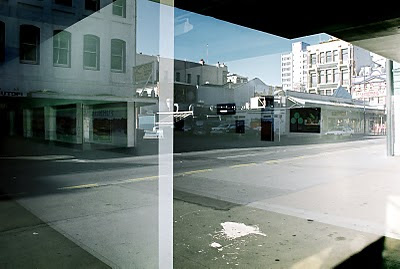 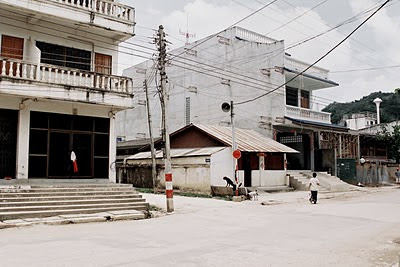 This is an idea I have been playing around with for a few years. It references the act of looking. I try to find banal spaces and create a sense of perspective within the photographic plain. Initially it came from an idea to confront the viewer with a latent-triangle-effect - a not-so-evident trianglulation of colours or objects inside the composition which draw the viewer into the image. Below is a sample of this approach. 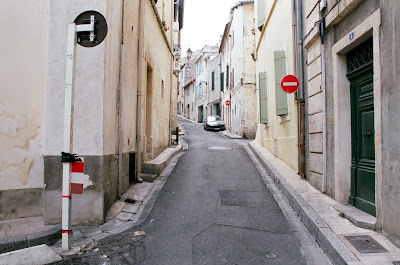 This image is one of a series I was toying around with in 2006. The work referenced the paintings of Edward Hopper. 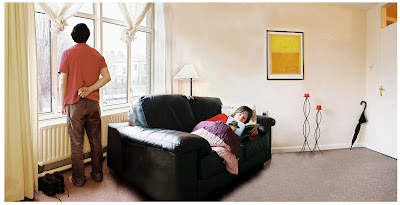 Phnom Penh is a city that, on the surface, appears to conceal the underlying malevolence of its recent history. The bloody legacy of the 1970s is evident throughout Phnom Penh in the form of torture chambers, scorched earth and impoverished architecture; as well as scatterings of concealed landmines and numerous mass graves. While the city itself can appear to function as any city in South East Asia, these episodes of recent history have left its scars on the city, its people and its landscape.

I initially visited Phnom Penh to pursue my interest in photographing the outskirts of urban space or what is known as 'the terrain vague', yet it became a piece that responds to the sense of landscape and memory in Cambodia. I photographed the route from the city to what has become known as the 'killing fields'. The project works in three ways; firstly as a documentation of the visible traces of conflict on the landscape and the city's topography. Secondly, as a project that reacts to that search for layers of history and cultures within Phnom Penh. Thirdly, I endeavoured to get beneath the surface of the city's appearance; to reveal an insight into ordinary life and its relationship to a malevolent past. 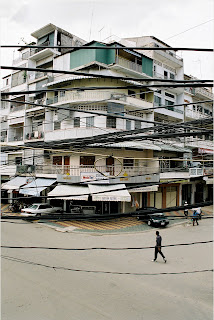 I initially concentrated on certain markings left around the city, on the walls of the area around the S-41 prison in the centre of Phnom Penh. These markings in the image, reference Sanskrit; the ancient art of storytelling - prevalent in ancient Khymer culture. Can the markings tell us anything about what happened here? The abandoned fields surrounding Phnom Penh are littered with scarred trees which, although may or may not be as a result of direct violence, can convey a sense of place and respond to the sense of violence that the history of the landscape possesses.

I have also tried to expose layers of history; one image offers a porthole through rusting, metal barriers covering a decadent French colonial house. As with most of the images, there is something in the line of vision, elements within the image that refuse the entire picture. 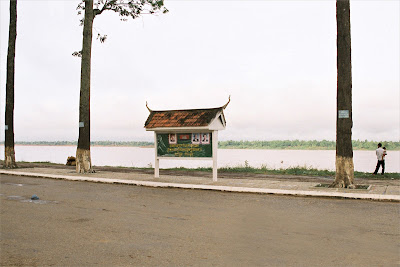