'Midlands': A Topographical Exploration of the Irish Midlands @ Photospace, Wellington, NZ (May 2009)

‘Midlands’: A Topographical Exploration of the Irish Midlands 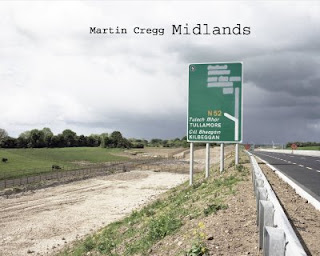 Midlands is a project by Irish Documentary Photographer Martin Cregg, which charts the construction of the Irish midlands region from the height of the Irish economic boom in the early part of the decade, to the economic insecurities and uncertainties of recession times. The work was first shown at the Gallery of Photography, Dublin in June 2008 – the very week the Irish government made its downbeat proclamation of the harder times which lay ahead.

The work focuses on the concept of what the concept of ‘The Midlands’ is in its essence – non-defined, non-geographic, non-place. It charts the confident thrust of building activity which was undertaken in the region at the height of what we have come to know as the ‘Celtic Tiger’ - housing estates, commercial parks, etc - creations of government tax incentives which, it was anticipated, would lead to a dynamic transformation in the region itself, generating business and providing homes which would lay claim to community. This dream however has not materialised. In the rural mid-land areas of Co. Roscommon, Co. Longford and Co. Westmeath, the factories which promised to hum with productivity now lay dormant, the houses which promised security lay helplessly unoccupied. In the context of recession, these structures are stripped of the aura of hope they once had - laying bare a certain reality of the unstable nature of the country’s current economic situation. 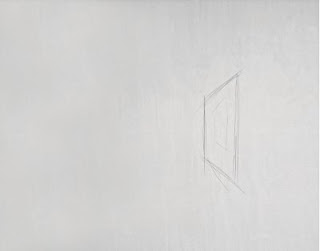 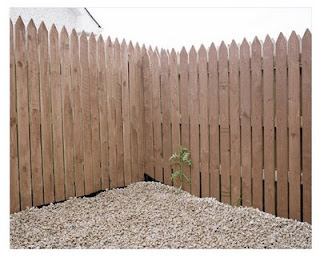 “The Midlands is a grey area – a non-specified geographical entity, under constant construction and re-definition. For me, ‘The Midlands’ is more a concept than an actual place. It connotes a new commercial campaign – an appeal for industry and identity. The framework has been laid down, but is largely dormant – it’s factories solicit the hum of productivity; its empty estates seek claim to community.” - Martin Cregg


"Poignant images from a region apart. Cregg's impeccably made topographic views document an evolving environment reflecting the urbanization of the Irish rural landscape. But the change is more the result of calculated planning than a natural progression: that, at any rate, is one plausible interpretation of his studies of housing and industrial estates built on a speculative basis, based on the hope or presumption that, once they are there, businesses and people will follow. The idea of taming the landscape recurs. Unruly organic growth is systematically suppressed and replaced by a range of hard, unsympathetic materials, including impermeable membranes, concrete, blocks and bricks. Cregg doesn't comment, he documents, but it is hard to look at the evidence without feeling that the quality of the environment we are creating is fundamentally bad." - Aiden Dunne, Irish Times

"Martin Cregg has provided a superb visual testimonial to the 'wilderness' of suburbia." - Eamonn Slater, NUIM

Martin Cregg's series Process explores the shift from analog to digital technology in photographic practice. As he declares in his statement: 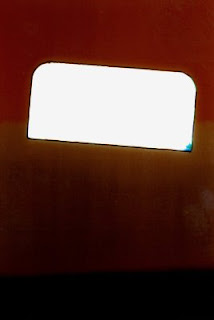 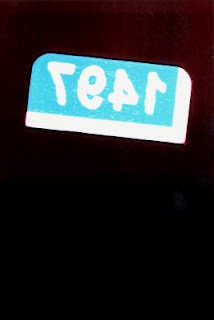 "I began collecting these 'end of the role' objects – abstract artefacts, twin-checks, unused and discarded remains of the analogue process itself – but nevertheless a integral part of it. They are abstract, yet familiar. Sometimes, by accident, they will appear amongst 'customers' everyday photos and index prints, which are inadvertently handed back from a photo-lab to the public – numbered 00, 00A, 37A, etc, etc. I began to scan these from the discarded film negative clippings at a high resolution, inflating these objects to print size. I have collected over 100 - each unique, diverse and intrinsic to the nature of a disappearing analogue photographic landscape. Even the photographic term of reference – 'process' itself, something which is invariably linked with analogue methods, will also disappear." 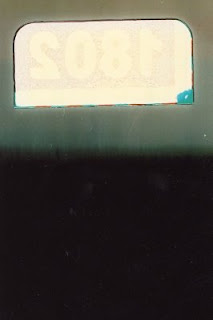 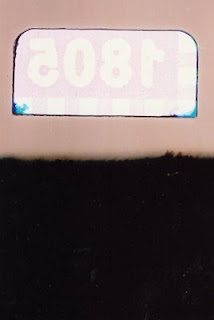 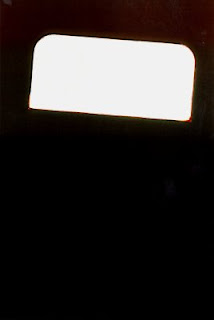 See this work in 'The Exposure Project':
http://theexposureproject.blogspot.com/search?q=martin+cregg